What is your genre? — Ally Aldridge 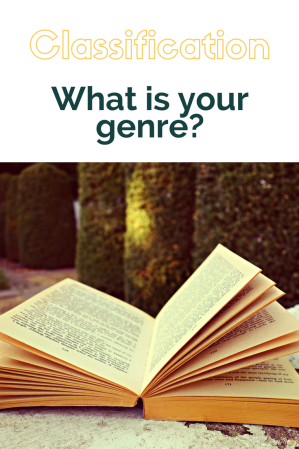 Genre Classification Classifying your genre will be one of the first things you do. However, this may not be as simple as it sounds. Many novels, scripts and other works of art will combine elements of more than one genre within the story that is told. However, there will still be one main genre that flows […]

via What is your genre? — Ally Aldridge