I’m going to do a series of posts to introduce the main characters of Ocean Heart to you and what my editor said.

It only seems right to start with Mariah, after all she is the main character…

Mariah has always felt like she doesn’t fit in and relies a lot on her best friend Jace to carry her in social situations.

Mariah lives with Gwyn, her eccentric mum who predicts the future and insists on casting spells, mostly to control Mariah.

Next door are the Walker’s and her best friend Jace. Born only days apart, Mariah can’t remember a day without him.

Mariah is secretly crushing on Jace. She’s terrified of loosing him and will do anything to get him to see her, not only as a friend.

Mariah longs to swim but can’t. She has a rare condition that causes her skin to breakout in a strange rash. She must always wear her allergy bracelet.

Avery McDougall had the following to say about Mariah in the Developmental Report. 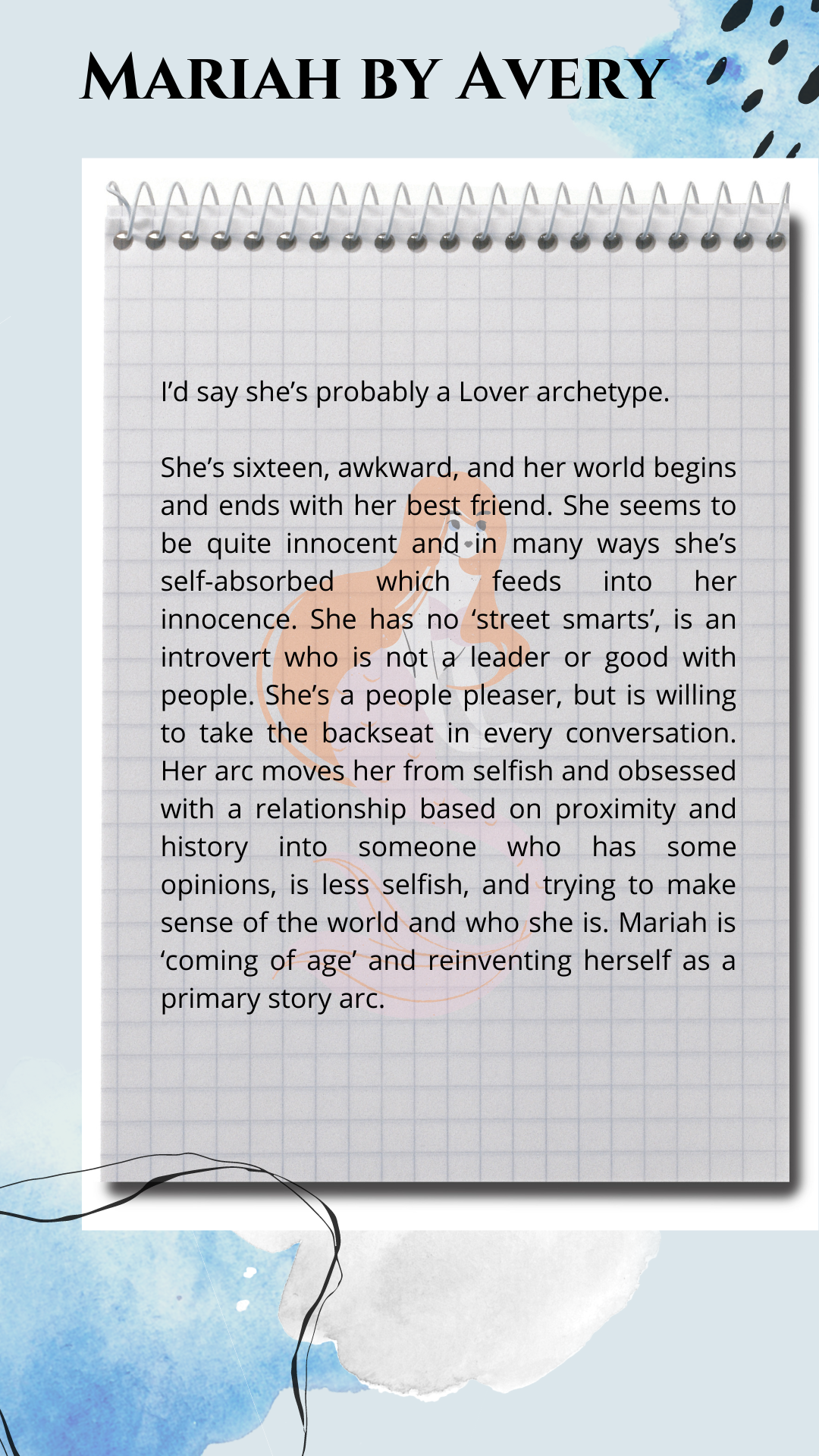 Why you need a developmental editor!

Tips for Naming Your Character

How NOT to start a novel!

6 thoughts on “Behind the Character: Mariah”