I took my son to the library to exchange his books (or renewal and get more books).  Whilst he was struggling with the dilemma of  choosing his new books and returning books he loves, my husband pointed this book out to me.  I have always wanted to write a novel about faeries so this was to be a fun read and research into how someone else has done it.

The MC is a boy called Ethan Chase.  I don’t read many books with a male protagonist so this was a refreshing change and it was done well.   Skip to my final thoughts it you don’t want any spoilers. 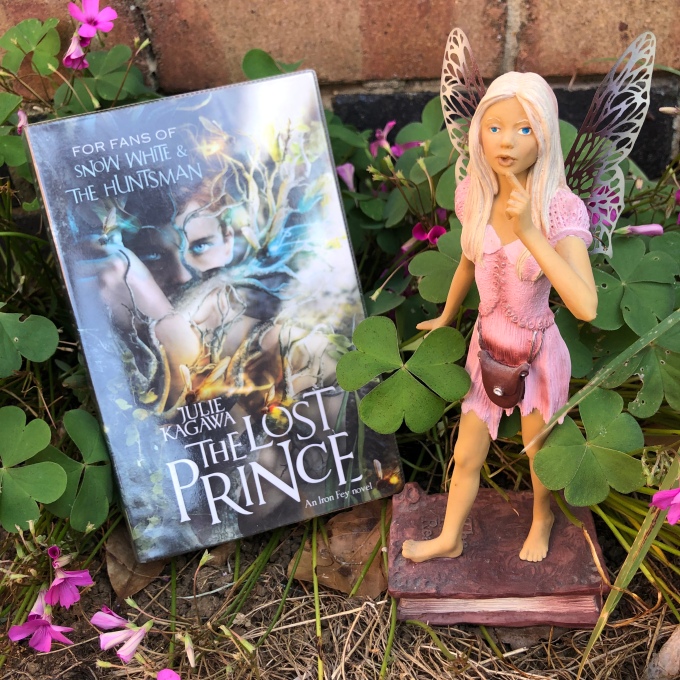 Ethan is aware fae exist and has a troubled past with them.   In the opening chapters he shares how they are dangerous and the result of their interference in his life has lead to him being expelled from schools and blamed for a fire he didn’t cause.

Ethan is starting another new school. On his first day, he stands up for a boy being bullied, Todd. Nobody else can see that Todd has long furry ears but it is because he is a half-fae.  Ethan doesn’t want to be friends with Todd as he distances himself from all fae.  He also doesn’t like Todd’s wee fairy companion.

Ethan also attracts the attention of Mackenzie, who wants to interview him for the school paper.  He tries to push Mackenzie away as anybody that gets close to him always gets hurt but she is persistent.

A  deadly new type of fairy are consuming fae and half-fae.  Todd asks for Ethan’s help.  At first Ethan doesn’t want to get involved but he takes pity and agrees.  Unfortunately, Todd is taken and now the creatures are coming after Ethan.  Ethan is at a martial arts tournament where Mackenzie is trying to get his story but during the tournament the deadly fae come for him.  Nobody else can see them.  Ethan runs.  Mackenzie follows.

Ethan needs to keep Mackenzie safe. He makes a choice to use a special object his sister gave him to transport into the fae world.  They are greeted by a cat, Grimalkin, who knows the way to the Iron Kingdom where his sister, Meghan, is queen.   The journey is dangerous but when they arrive his sister wants to keep him safe.  They are sent to a room to ‘rest’ but feels more like prison.  When Ethan and Mackenzie get the opportunity to escape with the help of Keirran.

On their mission to rescue Todd, there are a lot of truths uncovered which I won’t go into.  Their are fights.  There were some very interesting characters along the way.  I liked Kierran’s love interest and the exiled queen and the cheeky little gremlin.

They travel to the earth and are attacked again. They manage to escape to the in-between and learn how serious the problem is.  They visit Hyde Park to follow a lead but things get worse for the gang when the nephew is taken prisoner.

Something I really enjoyed was the slow burning romance between the Ethan and Mackenzie. There is plenty of conflict between them and good reasons why they hold back. I couldn’t wait for them to get together.

The build up to a battle where Ethan has to save his friends (and nephew) was worth it.  There were also some reveals that I hadn’t seen coming and I liked that the supporting characters were well developed too.

There were a few times Ethan annoyed me.  He blames himself for Todd being kidnapped but I didn’t really see why it was his fault, after all, Todd was a fairy and hung around with the fae.  Ethan made it clear that doing that meant trouble was inevitable.  I got that he felt responsible for what happened to Mackenzie but she wouldn’t leave him alone.  She did bring it on herself too.

What I loved was how all the characters were well developed.  You could easily tell who was speaking and they all had rich backstories.  There were plenty of magical creatures and I loved the world building especially the ‘in-between’ world.

I hadn’t realised the book was part of a series (it’s book 5 in the Iron Fey series).  I was really pleased when I discovered that as I wanted to read more.  I wonder if some of the things that didn’t click with me is because I need to read the other books.  For example, I want to know more about Meghan and why she is the Iron Queen and why Ethan holds so much resentment for the Iron Fey.

Why I love YALC

7 thoughts on “Book Review: The Lost Prince by Julie Kagawa”