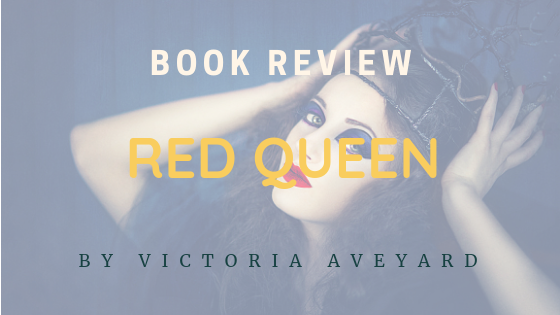 This is the first book in the series that I have read and I wasn’t quite sure what to expect.  The funny thing is I first heard about this book at YALC 2017 when they were promoting it with #RedQueenForADay but it had taken me almost two years to pick it up to read.

Please excuse the silly picture, I was not feeling very photogenic after the long train ride to London.

What is the book about?

The MC, Mare, is a red blood.  She lives in a family that are struggling to get by and she hasn’t got a job to be able to contribute to supporting her family.  Mare is a thief.  Eventually, when she comes of age she will be sent to war, to fight for the silvers on the front lines with a high risk of being killed.

Mare’s best friend is due to be sent away very soon and Mare decides to help them escape but first she needs to get enough money to pay for their travel.  The risks are high so those that could help them escape have set a high fee.

Mare’s sister has a good job where she makes fine clothes for the Silvers.  Mare tags along with her to get into the city.  Whilst there a terrorist attack takes place causing bedlam.  Mare panics and tries to pick a pocket but gets caught.  Her sister takes the blame to save her and has her hands broken, resulting in losing her trade.  The girls return home with very bleak prospects.

An unexpected request comes for Mare to come and work at the palace.  This will save her from war and give her family money to survive but she will have to leave them behind.

Early on, Mare discovers she is different from other Red Servants when she accidentally manipulates lightening.  She earns the nickname Little Lightning Girl and the attention of the Queen.

The Queen fears that news that a red could have powers will encourage the rebels so she marries Mare to her son and concocts a story about how Mare is a silver that was raised as a red.

Mare is watched by the Queen’s guards and the cameras in the palace.  She has to keep up the ruse but despite falling for the princes (both of them), her heart is still red and wants revenge for her kinds spilt blood.  Under the watchful eyes she seeks to join the rebels and take down the silvers from the inside.

I don’t want to spoil it for you but there is a big battle where the odds are not in Mares favour.
She is placed in an arena for her execution where, for entertainment, selected silvers will use their powers to torture her before her end.  Mare will have to battle them all if she is to live.

I wish I had read Red Queen by Victoria Aveyard sooner.  If you like powers, submersible world building and a touch of romance then give this YA Fantasy is worth a read.
Can you guess my next read? There’s a sneak peak in the photo. 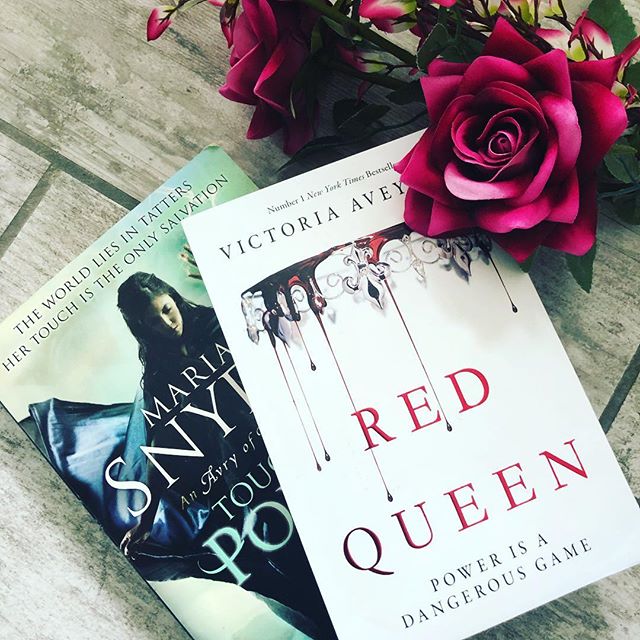 Book Review: Who runs the world by Virginia Bergolt

Book Review: Rebel of the sands